We’re just a couple of days away from Michaelmas, the 29th September, which is the feast of Saint Michael the Archangel. Now he is a pretty powerful entity, being the patron saint of the sea and all maritime matters including ships and sailors, and of horses and horsemen. But his coup d'etat is the throwing devil out of Heaven because of his treachery – so Saint Michael also became the guardian against evil and darkness.

Which brings me nicely to blackberries (Rubus fruticosus). Why blackberries? What have they got to do with Michaelmas, I hear you say. Well, apparently, when Saint Michael hurled the devil from Heaven, he (the devil) landed on a blackberry bush. Now, as we know, blackberry bushes are covered in nasty thorns so you imagine the response from the devil when he landed in one. He cursed the fruit, spat on them, charred them with his firey breath and made them totally unfit for human consumption. Therefore, so the saying goes, you shouldn’t pick blackberries after Michaelmas Day. There is a slight problem with the timing, however, since the current calendar (the Gregorian calendar) was introduced in 1582 - before then the Julian calendar was used which places Saint Michael’s Day on 10th October. The question is, are you willing to risk picking blackberries up to 10th October? I’ll leave it with you. 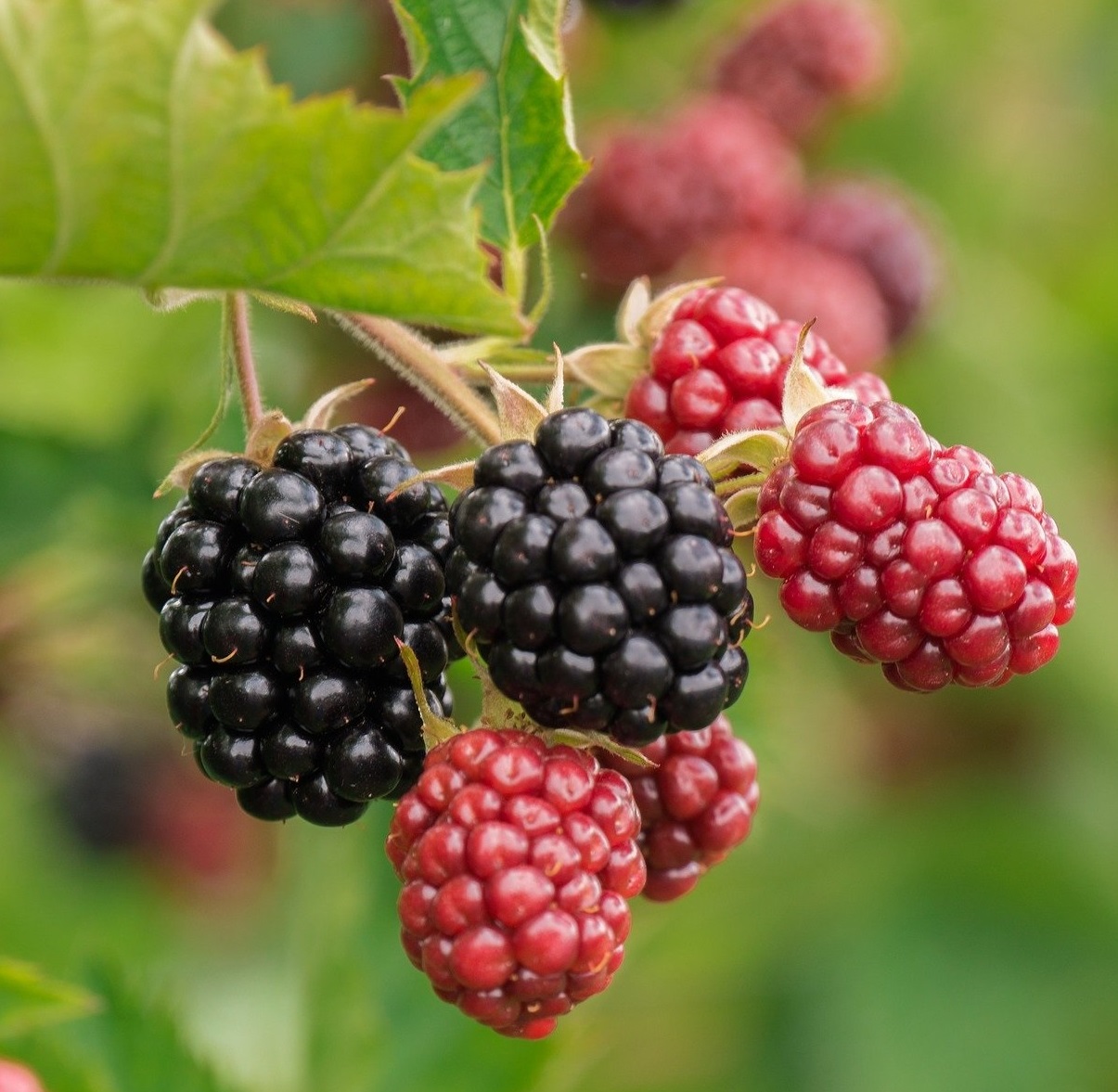 While you’re deciding, let’s have a look at the blackberry itself. I have to say I have spent many an afternoon picking blackberries from the hedgerows. These are the ones that grow wild, and as the devil found out, have a very good defence mechanism – nasty, vicious thorns. They certainly don’t give up their harvest without a fight. If you would like to grow some in your garden, I would steer clear of the wild form. There are many cultivated varieties to choose from, including thornless ones such as ‘Loch Tay’, ‘Loch Ness’, or ‘Oregon Thornless’, which makes life so much easier when it comes to tending them and picking the fruit. Cultivated varieties also produce bigger fruits and higher yields than the native blackberry – between 4.5kg and a whopping 12kg per plant, depending on the variety.

Blackberries are vigorous plants so you should take this into account when deciding how many plants to grow – check on the label, which should give information about spacing and so on. The majority of plants seem to be available pot-grown, which is handy because you can plant them at any time of year, as long as the ground is not too wet or frozen. They can cope with part-shade but will be much happier in a sunny spot with moisture-retentive but free-draining soil. Give them a dose of general-purpose fertiliser (about 100g per square metre) sprinkled on the surface of the soil in mid-spring, and an annual mulch of home-made compost or similar. You will also need to supply the canes with a sturdy support system, either by means of wires secured to a wall or stout fence, or stretched between two vertical posts.

The fruit is borne on year-old canes, so once a cane has produced berries it should be untied from its support and cut down to ground level. New canes which grow from the base can then be tied in to the wires to replace the old ones.

By the by, we say blackberry but apparently it’s not a berry at all but what is known as an aggregate fruit consisting of little ‘drupelets’. I think I’ll stick to blackberry – it sounds so much better than blackdrupelets.

Another horticultural subject associated with Michaelmas is, of course, the Daisy.

Now to most people Michaelmas Daisy = Aster. But back in 2015 some members of the Aster genus suddenly found themselves reclassified as Symphyotrichum. Why the change? Suffice it to say that originally a plant was included in a particular group because of its visible characteristics. With advances in genetic technology, however, it has now been discovered that many plants aren’t what they seem. Apparently, some aren’t as closely related to others as was first thought, and vice versa. Which is what has happened to a number of plants formerly known as Aster.

Incidentally, S. novae-angliae, the New England aster and S. novi-belgii, the New York aster, were introduced to Britain in the 17th Century from America (New England, as it was then) by John Tradescant the Younger, part of the intrepid father-and-son plant-hunter duo.

Whatever their name they are some of the best autumn-flowering perennials, although a few gardeners avoid them because of their susceptibility to mildew. It is true that some older varieties, particularly the S. novi-belgii cultivars, suffer from this affliction, but newer ones appear to be less vulnerable.

Taller varieties of Symphyotrichum will benefit from the Chelsea Chop (click here to see my post about it). Some can reach quite a height – in fact I have in the back of my mind a poem which visualises Michaelmas Daisies growing so tall, that they peek over the garden wall – but I can’t for the life of me remember when or where I read it. I’m including that little nugget here just to illustrate how tall some can grow.

One Aster that remains Aster, however, is Aster x frikartii. To my mind one of the best varieties is ‘Mönch’. It has masses of lavender-blue flowers with orange centres held above dark green leaves, and it is pretty well trouble-free. It looks good with just about anything you plant alongside it, too.

For autumn colour that will last until the frosts you really can’t beat a Michaelmas Daisy – and here’s an old rhyme to end with:

And seems the last of flowers that stood,

Till the feast of St. Simon and St. Jude.

(The Feast of St. Simon and Jude is 28 October)