As some of you know I present a classical music show* on our local radio, RibbleFM, and each week I have a couple of themes to act as pegs to hang the music on. I was compiling my next playlist and thought of music related to colours – ‘Banks of Green Willow’, the theme from the film ‘Ladies in Lavender’, ‘The Blue Danube’, ‘Rhapsody in Blue’, for example. And it didn’t take much of a leap to get me thinking about fruits related to colours – orange is the obvious one, but there are redcurrants, greengage, blackberry and blueberry for example. So I thought, why not write a post about one of them – and blueberry won. 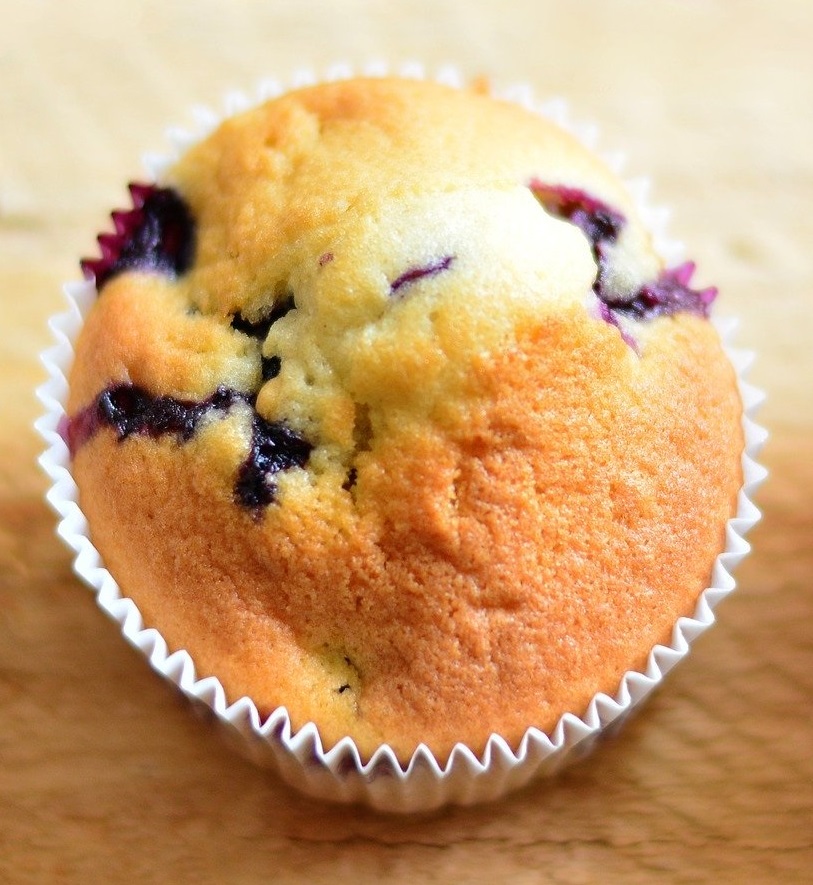 The first time I came across blueberries was during a trip to America many years ago when I had a blueberry muffin for breakfast. Both bits - the blueberry and the muffin - came as a quite a surprise. I was expecting a traditional muffin along the lines of the ones we used to get in the UK with some blueberry jam (in lieu of marmalade) on the side. Wrong on both counts! The muffin was akin to a large fairy cake (cupcake in today’s Americanized parlance) and the blueberries were baked into it. Once I’d got over the fact that it was de rigueur to actually eat cake for breakfast I really rather enjoyed it! Well, they do say: ‘when in Rome . . !’

The blueberries that are widely grown in America, (Vaccinium corymbosum) are very similar to our own bilberries or whortleberries (Vaccinium myrtillus) which grow wild on moors and heaths. (By the way, be careful where you pick berries ‘in the wild’ as it were. I remember an occasion when I was walking across some moorland with the landowner when we came across a couple of ladies who had wandered from the footpath to pick bilberries. The landowner politely but firmly thanked them for picking the berries for her and would they mind leaving them on the footpath which, she told them, they would be returning to forthwith, and she would pick them up later.)

And did you know that there is a Bilberry Bumblebee, Bombus monticola? It has bright yellow bands on its thorax and a rich orange-red tail covering around two-thirds of its abdomen. It’s found in Europe, and here in the UK you will see almost exclusively on moorland mainly in the north where, not surprisingly, bilberries grow.

But I digress – back to blueberries. The fact that they are at home in a moorland environment and that they are members of the Ericaceae family gives us a clue to the sort of growing conditions they like. They require a moist but well-drained, humus-rich, and above all, acid soil. The acidity is of vital importance: a pH of 4.0 – 5.5 is called for, which would be way too acid for many plants. If your soil is not acid enough - check it with a soil-testing kit that you can buy quite cheaply at garden centres - it is usually enough just to dig out a 45cm square hole and fill this with ericaceous compost before planting your blueberry bush. If you subsequently mulch regularly with ericaceous compost this should be sufficient for your plants to thrive: if not then give them a dose of ericaceous fertiliser (the sort that is sold at garden centres to give your rhododendrons or azaleas a boost) at the recommended rate on the packet and they should be happy. Plant your bushes 1.2 to 1.5m apart in a sheltered, sunny spot.

If you want a fool-proof way of making sure your blueberries have exactly the right soil and the best possible conditions you can, of course, grow them in pots. This way you can tailor the soil exactly to the right pH level and position them in precisely the best spot. The main disadvantage, however, of growing them in containers is that you will have to water them regularly during the growing season. This means watering at least once a day, sometimes twice if we have a hot spell. As a rough guide, 2½ cm (1 inch) of water will penetrate about 15-20cm (6-8 inches) of soil so you can see that even if it rains you will still have to top up your containers at regular intervals.

You will find two to three year old blueberry plants in containers at your local garden centre or nursery, and although contained bushes can be planted at any time, spring or autumn are the optimum times. The soil will be warm enough during these periods for the plants to get some roots down and establish themselves before any extreme weather comes along. Bare root plants, which are usually available via mail order, should be planted during the dormant season. Depending on the weather this can be any time between November and March, but don’t under any circumstances try and plant if the soil is frozen – your efforts will be in vain.

There are several varieties that are worth growing. ‘Tophat’ is a dwarf blueberry which, reaching to a height and spread of just 60cm, makes it an ideal candidate to grow in a pot. ‘Duke’ is a good choice if, like me, you live in the north: it flowers late but crops early. ‘Spartan’ is another one worth looking at, and last, but not least, is ‘Nelson’ which is very hardy – it also produces good-flavoured fruits.

Although blueberries are generally self-fertile, you will get a much better crop if you have two or more plants growing together – this is particularly true for the variety ‘Spartan’.

Regular pruning is not essential, but it is as well to cut out any dead wood as you find it. Also, if the bush becomes too much like a thicket, cut out the oldest, barest stems to a strong shoot, or even to ground level.

Fortunately, blueberries suffer from very few, if any, pests and diseases as long as they are given the correct growing conditions. The only pest, if you can call them that, are birds which find the berries irresistible – who can blame them! Protect your fruit as you would any other by, ideally, growing them in a fruit cage or covering them with netting, checking regularly that no birds have become entangled in the net.

The fruits should be harvested when they are blue-black with a white bloom. Blueberries are absolutely delicious eaten straight from the bush: they’re like little bombs of juice that explode in your mouth with the slightest pressure to give you an intense, fresh, flavour sensation – and they’re packed with Vitamin C and antioxidants.

Blueberries can be eaten just as they are, but I also like to use them in tarts and other recipes – apart from muffins, that is. I especially like to use them to make my blue-fruit jam, or ‘Captain’s Conserve’. I have given it this name because I use fruit that looks as close to navy blue as possible – blackberries, blackcurrants and blueberries – yes, I do use fruit from the variety called ‘Nelson’! (I’m revealing my time in the Women’s Royal Naval Service here!) Use equal quantities of fruit in your usual jam recipe and there you have it!

Now, I’ve been talking about blueberries so far. But can a blueberry still be a blueberry even when it’s pink? It certainly can! There are a few new varieties of blueberry which bear pink fruit. I haven’t tried any of these varieties myself, but I am told that they produce good-sized fruit which is much sweeter - almost twice as sweet in fact - than their blue cousins. Certainly worth a try, I would say.

* ‘A Little Classical Music’, Sundays 4-6pm, listen on 106.7fm, or via the internet at www.ribblefm.com. Also available as a podcast – search in any of your podcast apps.

STOP PRESS! Don't miss my post coming up on 29th July for a give-away!